On her seventeenth birthday, Kami receives a mysterious artifact and a ticket to visit her estranged grandparents in Egypt.

When she arrives, no one is there to meet her. Alone and in an unfamiliar country, she quickly discovers her missing grandparents are only part of a greater threat. Whispers of strange creatures made of a shadowy substance can be heard among the nomads of the desert. A new queen has quietly come to power, given strength by a powerful evil unleashed when she opens an ancient jar. She won’t stop until she finds the remains of Alexander the Great, convinced that his body holds the secret to her becoming a god. Kami must rely on a band of misfit friends she makes along the way to save her grandparents and stop the queen.

But does the handsome boy she just met have answers, or is he part of the reason for her grandparents’ disappearance?

To order an Ebook or paperback on Amazon, click here.

To order a signed paperback copy in the US, you can via Paypal below (price includes shipping).

She shouldn’t be here.

Zaynah reached for a new grip and cut her hand on a rock. She nearly cried out, but caught herself just in time. She bit her lip. If anyone heard her, it would all be over. Zaynah clicked on a small flashlight and noted the blood pooling in her palm. It didn’t appear too serious, but dirt would get into the wound unless she took care of it. She ripped a strip of cloth from the hem of her shirt and wound it around her hand, pressing a thumb against the injury to test it. Her hand still stung a bit, but it would have to do.

Keep going, she ordered herself. She secured her pack, grabbed another rock and eased her body up. Her stomach growled. She thought of the crust of bread wrapped in linen in her pack. Better save it for later.

Zaynah climbed. Hunger knotted her stomach, whining for relief. She gritted her teeth against the familiar pains that drove her forward and upward. Her thoughts turned towards her father.

He had left their village with a promise to find new work and later send for Zaynah and her family. Six months after her father left, she’d dropped out of school to help her exhausted mother run her business. Where was the time for school when there were rugs to weave? The brightly colored rugs that her mother designed wouldn’t make themselves.

She knew the man her mother sold the rugs to was taking advantage of her. He peddled them to tourists in Cairo for more than ten times the price he paid her mother. Zaynah had tried to convince her mother to let her sell them on the streets, but her mother refused. She said it wasn’t safe. But every month they got farther and farther into debt. Was that any safer? 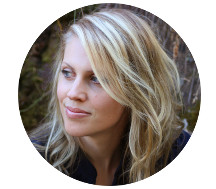